Shigaraki, a small village in Shiga, Japan, has been the home of Shigaraki ware pottery for centuries, and is known as one of Japan’s “six ancient kilns”.

The origin of Shigaraki ware dates back to the Nara Period (710 – 794), when the capital was established nearby via order of the Emperor Shomu. The first Shigaraki ware may have possibly been the roof tiles produced for his palace building.

Later in the Sengoku Era, or “Warring States” Era (1467 – 1600), Shigaraki ware drew great attention especially from tea masters such as Murata Juko and Sen no Rikyu, as Sado (Japanese Tea Ceremony) was gradually formalized within Japanese high culture. The tea masters praised Shigaraki ware because they believed that it embodied the traditional wabi sabi aesthetic. 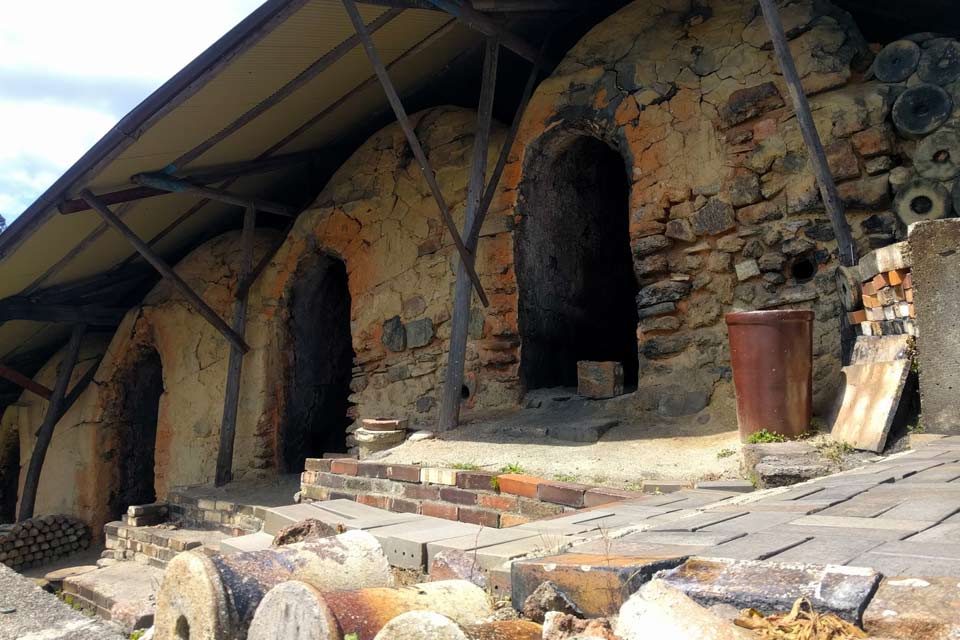 In more recent times, Shigaraki has become particularly known as the production place for various household goods such as hibachi braziers and the iconic tanuki (Japanese raccoon dog) decorative statues which have become a symbol of the town itself.

Cherishing and upholding tradition for over 1300 years, the artists of Shigaraki have developed and produced a wide variety of ceramic wares to accommodate the changing needs of markets throughout history.

Traditional Shigaraki ware is known for its distinct characteristics of texture and tone which are raw, yet warm and earthy. 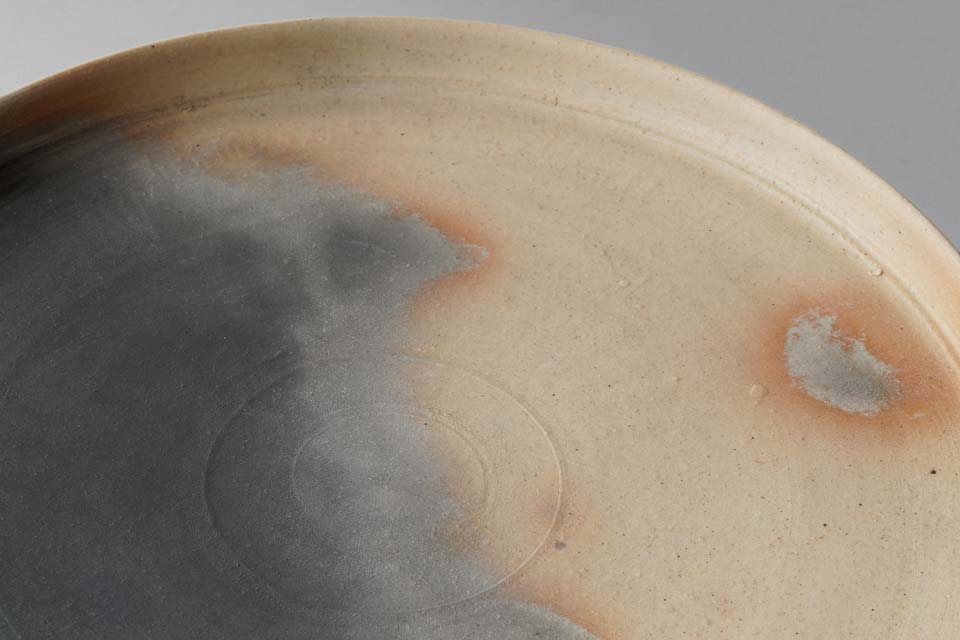 Natural glaze, or ash glaze, is also a defining technique of Shigaraki which accentuates the natural physical properties of the clay. The Shigaraki area relies on clay mined from a 400-million-year-old geological layer of Plio-Pleistocene lake (today’s Lake Biwa) which has a reputation of great quality, as well as high fire-resistance and ideal elasticity. Shigaraki clay is versatile enough for products of any size while offering a distinctive surface even without glaze.

Beyond natural graze, traditional Shigaraki ware is known for other distinctive features involving the firing process, such as hi-iro, or fire color, a warm orange color caused by chemical reaction of iron contained in clay, and koge, or scorch, which results from being buried in ash. The clay and fire handling has been mastered and passed down by Shigaraki craftsmen over generations to preserve their exquisite craft and is hence referred to as the “art of earth and fire.”

Shigaraki is a pottery ware that distinctly expresses a Japanese aesthetic embodying the beauty of nature.

With great value and respect of the Shigaraki tradition going into our own pottery, we produce ware for culinary professionals, introducing a contemporary edge and original techniques.

Founded by Ogawa Sannojo, the first generation of Hissan Toen.

Sannosuke, the second generation, began production and sales of ceramic household goods such as hibachi brazier. Developed kiln-firing techniques for mass production as well as new and different types of glazes.

Mitsuji, the third generation, shifted from household products to utensils for sado, or Japanese tea ceremony. Trying to replicate the beauty of tea utensils created during the Momoyama Period (1573 – 1603) which was the peak of sado culture, he followed his own artistic pursuits for creating pottery. He later became a certified potter of Omote-senke, Ura-senke, and Mushanokoji-senke, known as the “three schools of sado.”

Miyoji, the fourth generation, started production and sales of flower vases. The products combined Shigaraki tradition and his own unique techniques, and became certified by the major schools of kado (traditional flower arrangement) such as Ikenobo, and Ohararyu. He held a number 1 share for handmade flower vases and also started producing plateware for elite ryotei restaurants.

As Kimio, the current owner, took control of the business, he began concentrating on production of plateware that reflects his own aesthetic, developed with influence from the tea utensils and vases passed down from the previous family generations. He now aims to provide customer-oriented services rather than larger scale production for wholesale orders.